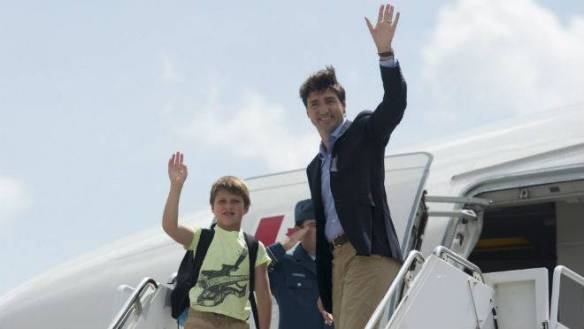 The heads of state and heads of government of the 28 North Atlantic Treaty Organization countries gathered in Poland last Friday and Saturday (July 8-9) for what many consider the most important NATO meeting since the end of the cold war. Hence, many were surprised to see Canada’s superstar Prime Minister Justin Trudeau arriving with his 9 year old son Xavier.

But Justin also got an early introduction to the world of diplomacy and global affairs. Imagine the shock 40 years ago when the late Pierre Elliott Trudeau showed up with eight year-old Justin to meet the Iron Lady, British Prime Minister Margaret Thatcher. 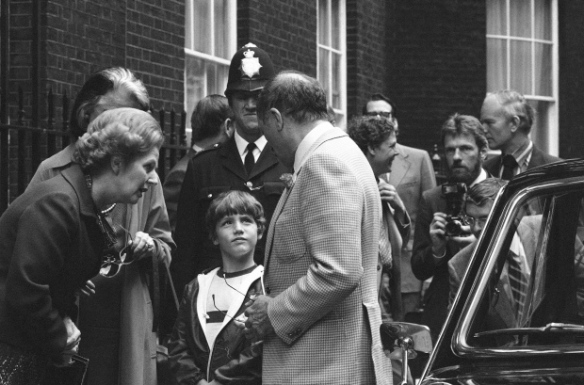 Surely, his father had a profound impact on him and his influence got him to become Prime Minister.

“All my life I had wanted more than anything to become a dad. I was inspired by the extraordinary father I’d had, the example he set for me to follow.”

A man of integrity and conviction, Pierre Trudeau cherished the importance of universal  human rights, responsible citizenship, care for the environment and Canada’s role in the world. These are the focus of the Pierre Elliott Trudeau Foundation, an independent and non-partisan charity established in memory of the Late Right Honourable Pierre Elliott Trudeau. These priorities also come out as important for Justin Trudeau and we can  foresee that Xavier will someday work towards them as well.

Not everyone can have a Prime Minister as a parent but all young people should have access to education about global issues. Education is the critical first step to transform individuals into engaged citizens and actors of change in their communities.

The “Education is a Window to the World” program run by The Bridge Foundation engages opinion leaders and youth on sustainable development and global issues. 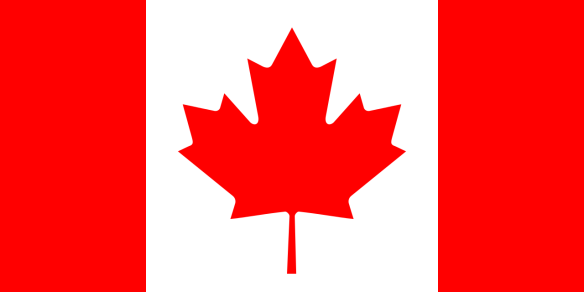 149 years ago on this day, the people of Upper Canada and Lower Canada came together to create one great nation, Canada.

“From the outset, Canada was formed not in spite of differences, but because of them. Thanks to the hard work and understanding between many cultural and religious communities, Canada is the diverse, inclusive, and compassionate country that we are fortunate to call home today”, said Canadian Prime Minister Justin Trudeau this morning.

Those words were echoed this morning by Canadian Ambassador to Switzerland Jennifer MacIntyre in her talk to the members of the Canadian-Swiss Chamber of Commerce when she said that “Canada is strong precisely because of the diversity of its people. This is not only a source of pride but the reason of our prosperity and success as a nation.”

I can certainly relate to this message. My family escaped the tyranny of the communist regime in Poland in the early 1970’s and we received a wonderful welcome in Montreal (Quebec). That is where I grew up and where my parents and brother still live and celebrate the “vivre ensemble” (Living together).

Four decades later, Canada still is a beacon of hope for refugees escaping the atrocities of the middle-east crisis. The Trudeau administration committed to take in 25,000 Syrians only to increase this number by tens of thousands soon after.

So many Canadians are willing to sponsor them that the government can’t bring them quickly enough. “Where are the refugees that you promised us? When will they arrive? We are waiting for them! is what I hear from the constituents in my Toronto riding” said Minister of International Trade Chrystia Freeland during the Forum of the Americas in Montreal two weeks ago.

And this constructive and solutions-oriented approach extends well beyond the refugee crisis. When the Canadian delegation arrived at the Paris Climate Conference in December, the assembly was chanting: Welcome back Canada! Welcome back Canada! and that was even before the climate minister Catherine McKenna voiced Canada’s commitment to maintaining climate change well-below 2 degrees.

At a time when the dark forces are shaking the world by promoting hate, fear and isolationism, there is a new wind blowing from Canada. One that is supported and celebrated by all Canadians. It is a message of peace and tolerance, a celebration of multiculturalism and diversity and a reason for the whole world to celebrate!

The promise of diversity

For a Carbon Tax by Stephane Dion