We have been very slow in recognizing the true relationship between nature and the economy but economist Robert Costanza figured out that the value of the services that nature provides us (for free) are far greater then what we previously thought and even exceed the value of the global economy. In 1997, Costanza conservatively estimated that “ecosystem services” (clean water, clean air, pollination…) where worth far more then the global GDP. This realization helped dispel the myth that we need a strong economy to “afford” to protect the environment. In fact, it is the other way around. We depend on nature and so does the economy. Hence we should aim to enhance and improve the state of the natural world that sustains us.

Unfortunately, we are not moving in the right direction. Costanza just updated his 1997 study (see Global Environmental Change) and it turns out the total value of global ecosystem services fell by $20 trillion (14%) between 1997 and 2011 (from $US145 trillion to US$125 trillion a year). This compares with a 2011 global GDP of just $US75 trillion. “Nature is not just a pretty place. Nature is a big and important part of the real economy which adds to human well-being,” says Costanza. The drop was partly due to the loss of tropical forests, wetlands and coral reefs. Tropical forests declined by 642 million hectares between 1997 and 2011, while deserts had grown by 234 million hectares. (more on land degradation)

In Australia, where Robert Costanza is now based, ecosystem services were estimated to be worth around US$5 trillion ($5.4 trillion) a year, compared to GDP of around US$1.5 trillion.

We urgently need better measures of human progress to overcome the limitations of GDP and of the traditional Profit and Loss statement. Flawed indicators lead to dysfunctional and shortsighted decision-making that can undermine the natural capital we depend on. Think of the newspaper commentaries by J.P. Morgan Chase that economic activity surrounding the BP oil spill in the Gulf of Mexico outweighed its negative impacts, timber companies saying that forests have no value until they are cut down (Fletcher Challenge in British Columbia, Canada) ignoring the impacts on soil erosion, nutrient loss, fisheries, biodiversity, etc. 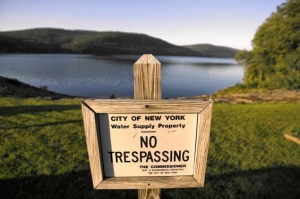 Environmental degradation is mainly an unintended consequence of industry and commerce activities but it does not necessarily need to be so. There are compelling examples of innovative approaches where protecting natural environments and economic considerations have been reconciled. In New York, protecting the Catskills watersheds North of the City has helped avoid $6 to $8 billion in capital investment into chemical filtration and hundreds of millions in operating costs. It turns out that watershed protection was a far better investment then chemical water treatment. Similarly in Munich, it was cheaper to subsidize organic agriculture to keep the water clean then to invest in chemical filtration. The city provides 320 million liters per day thanks to natural soil filtration. Munich has the cheapest water in Europe and also one of the cleanest – it contains 10 times less nitrates then the European norms.

The Costanza study provides policy makers with powerful arguments to protect watersheds, forests by recognizing their benefits in a way that traditional economics tends to ignore. Given the large-scale environmental degradation (see Millennium Ecosystem Report), policy makers must encourage practices that help restore and enhance natural capital while condemning destructive activities. The clock is ticking.