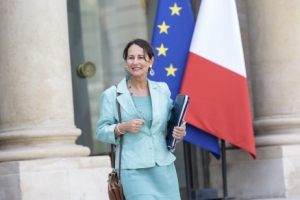 While the first ever World Nuclear Energy Expo is taking place in Paris, the French Parliament adopted an energy law proposed by Environment Minister Ségolène Royal that will reduce the share of nuclear power from 75% to 50% by 2025 as promised by Francois Hollande during his election campaign. The project was largely adopted thanks to the support of the socialists, the radical left and the green party. The law contains several interesting measures that should help to reduce energy bills through energy efficiency while creating long-lasting green jobs and improving the overall well-being of the french and of the climate given the ambitious target of a 40% reduction in greenhouse gases by 2030!

Buildings are responsible for 43% of the energy used in France and deserve their reputation for being “des passoires thermiques” (thermal colanders). Prioritizing better insulation is therefore prioritized and will receive a 30% tax credit along with preferential interest loans for building related efficiency measures. 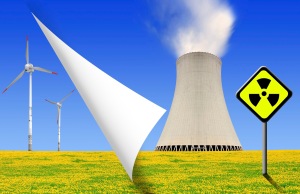 Once we have stopped wasting energy thanks to efficient buildings we cant think about clean and renewable generation options. The law projects to increase wind, solar, hydro, geothermal and biomass generation to 23% in 2020 and 32% in 2030.

France will promote the electrification of cars and cleaner vehicles for state agencies, rentals and taxis. There will be help and financial incentives for individuals to buy electric / less polluting cars. Up to €10,000 will be available to replace a diesel car by an electric one. Reducing air pollution is one of the targets and will be most welcome, especially in urban areas.

A very interesting measure will be to provide a payment to people using their bikes to go to work. The amount would be €0.25 for each km. Talk about innovative thinking!

No more plastic bags and throw away plastic dishes & utensils

Some 5 billion throw-away plastic bags are distributed in shops and 12 billion “fruit and vegetable” bags annually. They will no longer be allowed. Same for plastic plates and utensils. One has to look on the side of the roads in France to know where a good portion of these bags end up.

By 2025, the volume of trash is to be reduced by 50% and a recycling rate of 55% should be attained. Waste to energy solutions will also be encouraged.

With these measures France aims to create 100,000 green jobs over 3 years. Comparing with the 400,000 green jobs created by the Germans, this appears to be a modest objective.  This is an area the trade unions have been pushing for because the french were far behind in terms of developing the skills and qualifications for jobs in this sector.

Preparing for the 2015 Climate Conference

Given the €70 billion energy bill of the French in 2013, any meaningful reduction would be most welcome. The law is also a timely reminder that in 2015 Paris will host the climate conference that aims to limit average global temparatures at +2 degrees Celsius. France will try to do its share by cutting its emissions by 40% by 2030.

Commendable effort for President Hollande and Environment Minister Ségolène Royal that should be recognized and celebrated. Let’s hope that nothing gets lost in the  implementation phase.